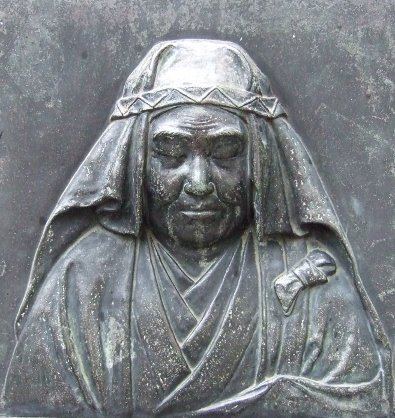 Have you ever wondered how guide tubes came to be used in acupuncture?

Waichi Sugiyama was born in 1610 into a wealthy Japanese Samurai family. When he was very young he contracted smallpox, which eventually caused him to go blind. He had to give up any idea of becoming a Samurai. For the blind in Japan, there was not a lot of choices when it came to a possible occupation, the primary professions deemed suitable for blind persons were acupuncturists or massage therapists. Waichi chose to be an acupuncturist.

At eighteen he left his country home in Kyoto and travelled to Edo (now called Tokyo), where he met his first acupuncture teacher who was also visually impaired, named Takuichi Yamase. Waichi’s skill did not progress as he had hoped. After five years under the tutelage of Takuichi he was dismissed and told that he was clumsy, had a poor ability to memorize information and that combined with his painful needle insertion technique, he would never be able to be an accomplished acupuncturist. To be judged so harshly by one’s teacher was devastating and he went into deep despair.

Waichi began his long journey home, but halfway there, he collapsed from exhaustion in the town of a famous acupuncturist. This acupuncturist had been Takuichi’s teacher (his previous teacher who dismissed him). After regaining his health, Waichi got another chance at being the disciple of an acupuncturist.

With practice, Waichi’s needling skills did progress, although even after a few years of dedication, he was told that he still wasn’t good enough to practice on patients. Desperate for help, he travelled to Enoshima, a small islet about 30 miles from Edo, to pray to a female deity called Benten, who he believed would help him improve his acupuncture skills.

Benten is the only female deity among the seven Japanese gods of good fortune. She is a goddess of language and literature, love and wisdom, music, and the sea. Benten was originally a Hindu goddess (Sarasvati in Sanskrit) but later adopted by Buddhists in India. The Benten enshrined at Enoshima was reputed for her ability to fulfill the wishes of worshippers.

Waichi stayed at the shrine, fasting and praying in the cave for three weeks. Stumbling over a stone after he emerged from the cave, he fell to the ground. As this happened he felt something pierce his leg. Upon picking it up, he realized that it was a pine needle sticking out from a hollow tube like reed of bamboo. It was this moment that gave Waichi his original idea for a guide tube.

From this inspiration he then experimented with a bamboo tube and created the idea of inserting an acupuncture needle through a tube, which would stretch the skin thus minimizing the pain of actually inserting the needle. At the time of his invention, acupuncture as an art or therapy in Japan was largely in decline. This was partly because it was considered a very painful procedure prior to the guide tube, and partly because Western medicine had gained considerable influence in Japan.

Waichi truly believed that the inspiration was directly from the Goddess Benten as the result of his sincere devotion at her shrine, which he continued throughout his life to express his gratitude. Until Waichi utilized the bamboo guide tube, the main needle insertion method had been the ancient Chinese method in which the needle is inserted with a wooden hammer and tapped in. Needles were also put in by hand although the pain could be extreme due to the thickness of the needle and the quality of the practitioners’ technique. As many patients can attest not all acupuncturists are equal when it comes to needle insertion.

Waichi’s innovation made him a successful acupuncturist, his ability was confirmed when his acupuncture skill cured a Shogun called Tsunayoshi Tokugawa (1646-1709) of a serious illness. As an expression of gratitude, the Shogun retained him as his personal physician, conferring the title of Kengyo, an honorific title with a political basis similar to Governor-General in Australia. The Shogun also gave Waichi a piece of land, which became the home to Shinji Koushujo, Edo’s first organized acupuncture school for the blind. This first school led to the opening of many acupuncture schools specifically for the blind across Japan. Kengyo Sugiyama was to become his new title for the rest of his life.

The development of the guide tube, combined with using extremely fine gold and silver needles, allowed for comparatively painless acupuncture, and resulted in considerable expansion of acupuncture. It is for this reason that Waichi Sugiyama is often referred to as the “Father of Japanese acupuncture” Historically in Japan, largely due to his influence, acupuncture became an even more popular profession for the blind. It is not an exaggerated claim that Waichi Sugiyama revolutionized the way acupuncture was practised in Japan. It is also likely that this development actually saved acupuncture from obscurity in Japan. Waichi’s invention not only helped those who used the guide tube, but due to his efforts, acupuncture regained its popularity in Japan and later through Cheng Dan-an helped acupuncture in China regain its place in medicine.

During the 17th and 18th centuries, acupuncture in China was seen as superstitious and went steadily out of favour. In the 1930’s Chinese physician Cheng Dan-an decided that acupuncture should be re-instated in China as a respectable skill and effective medicine. Acupuncture in China was in such a decline at that time that Cheng Dan-an decided to spend a year studying at the Tokyo School of acupuncture. He went on to become a major influence in the formulation of a modern understanding and practice style in China.

It was not the guide tube specifically that helped Cheng Dan-an with his mission. Acupuncturists in China then and now still favour a freehand approach. He was however able to observe a culture where acupuncture was flourishing mainly due to the efforts of Waichi Sugiyama.